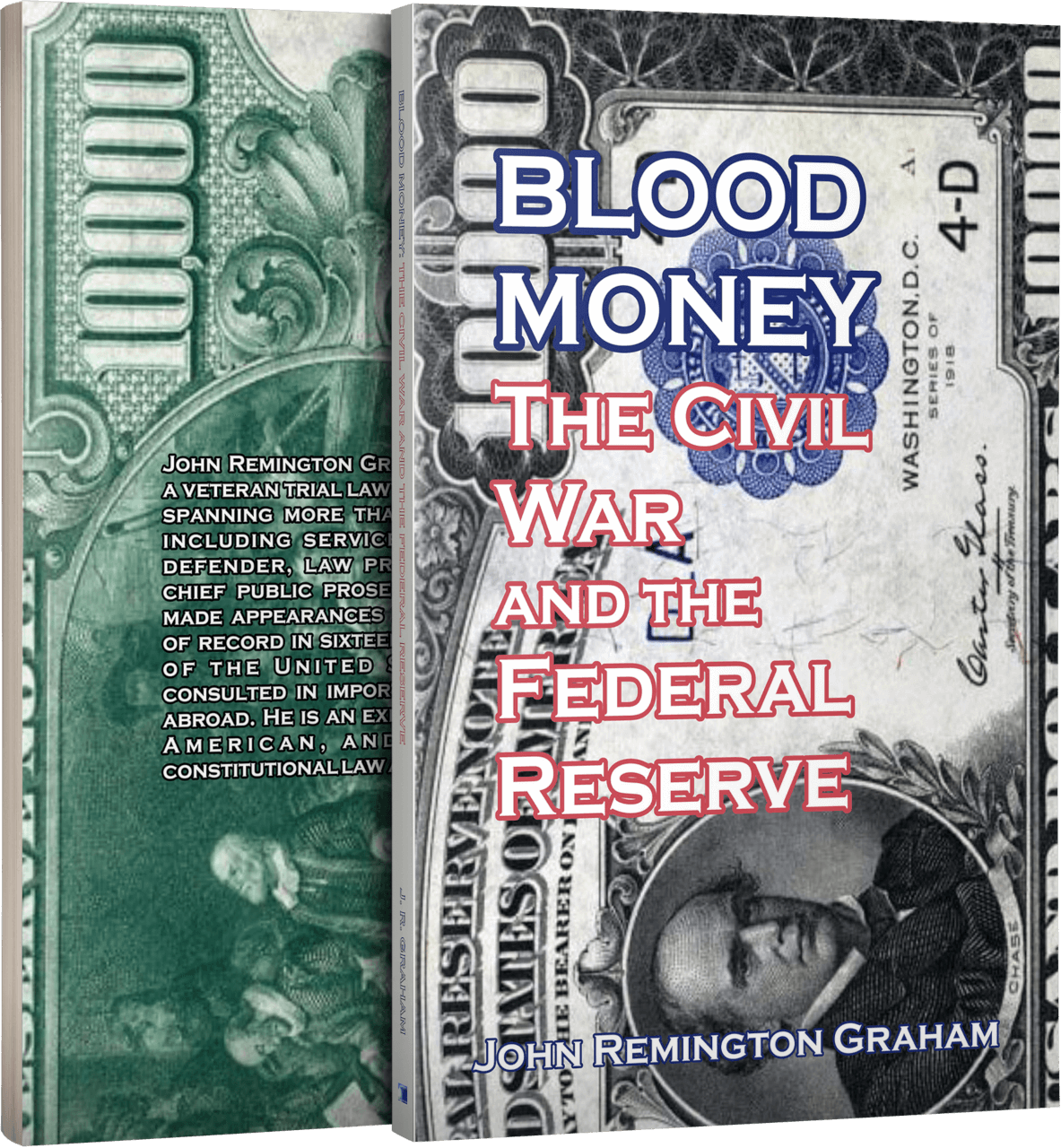 The Civil War and the Federal Reserve

“Seldom in 100 pages counting notes has there been so much information on how we have been deceived and used and how we can retrieve our fate from the hands of bankers. Graham’s monograph, in a real free society in which all explanations were not controlled by the establishment, would become the catalyst for a new investigation of the War of Northern Aggression and its consequences.”

“This work supplies rare insight into the American Civil War as having been caused by powers of high finance in Paris, London, Boston, New York, and Philadelphia, which planned, agitated, and financed the conquest of the Old South in exchange for control of banking and currency and major news media in the United States. The war was not fought over secession, slavery, or protective tariffs as we have been told, but was a grab for power which established a banking cartel on Wall Street, still running our country from behind the scenes today. The casualties in the war were nearly a million freemen who died in battle or from wounds or were emasculated by amputations, and another million slaves who died from starvation and disease. The cost in money spent and property sacrificed was equal to three-fourths of the assessed value of all taxable property in the country at the beginning of the war, and multiplied the national debt of the United States by 53 times in less than five years. The investment of financiers in the destruction of our constitutional order was converted into war bonds which paid interest, supplied currency to money lenders, and became a major capital basis of a new and dominant system of banking and currency across the land. The deceitful outcries of political correctness we hear today conceal the ugly reality of the human, political, and economic loss we have suffered, including deprivation of the monetary independence of the United States. This huge tragedy caused by brutality and greed more than 150 years ago can be eliminated and reversed by new generations, once they understand what happened, and proceed to a new era by means legal, sensible, and civilized.”