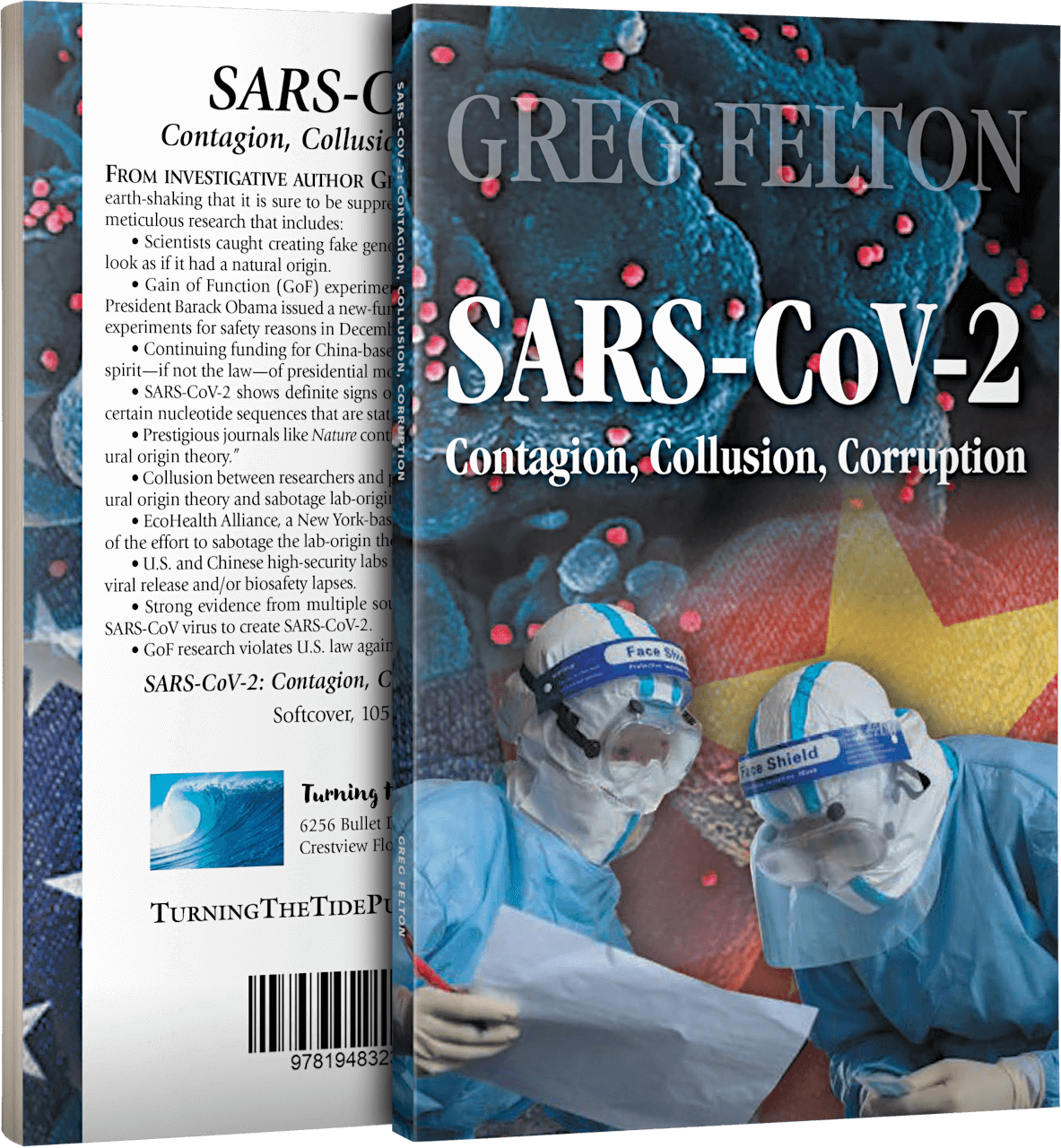 FROM RESPECTED INVESTIGATIVE AUTHOR GREG FELTON comes a book so shocking, so earth-shaking that it is sure to be suppressed and censored by Amazon, Google, Facebook—and the U.S. government!

SARS-CoV-2: Contagion, Collusion, Corruption uncovers the collusion among scientists, governments, and media to keep the world ignorant of the real origin of SARS-CoV-2 to the detriment of public health.

From early attempts by Beijing to fabricate cover stories, to the inability of the WHO to act in the public interest, to genetic analysis of SARS-CoV-2, Felton separates fact from fiction, science from hysteria, to expose the mismanagement, incompetence, cover-ups, and dishonesty that obscure who is responsible for the deaths of hundreds of thousands of people.

Through meticulous investigation, dedicated reporting, and exclusive sourcing of primary documents, SARS-CoV-2 unearths a more complex understanding of the rise, spread, and consequences of the first year of the pandemic than has yet been seen. The tragedy of SARS-CoV-2 is that it could have been prevented because it is merely a symptom of the toxic practice of genetically manipulating viruses, ostensibly to develop vaccines.