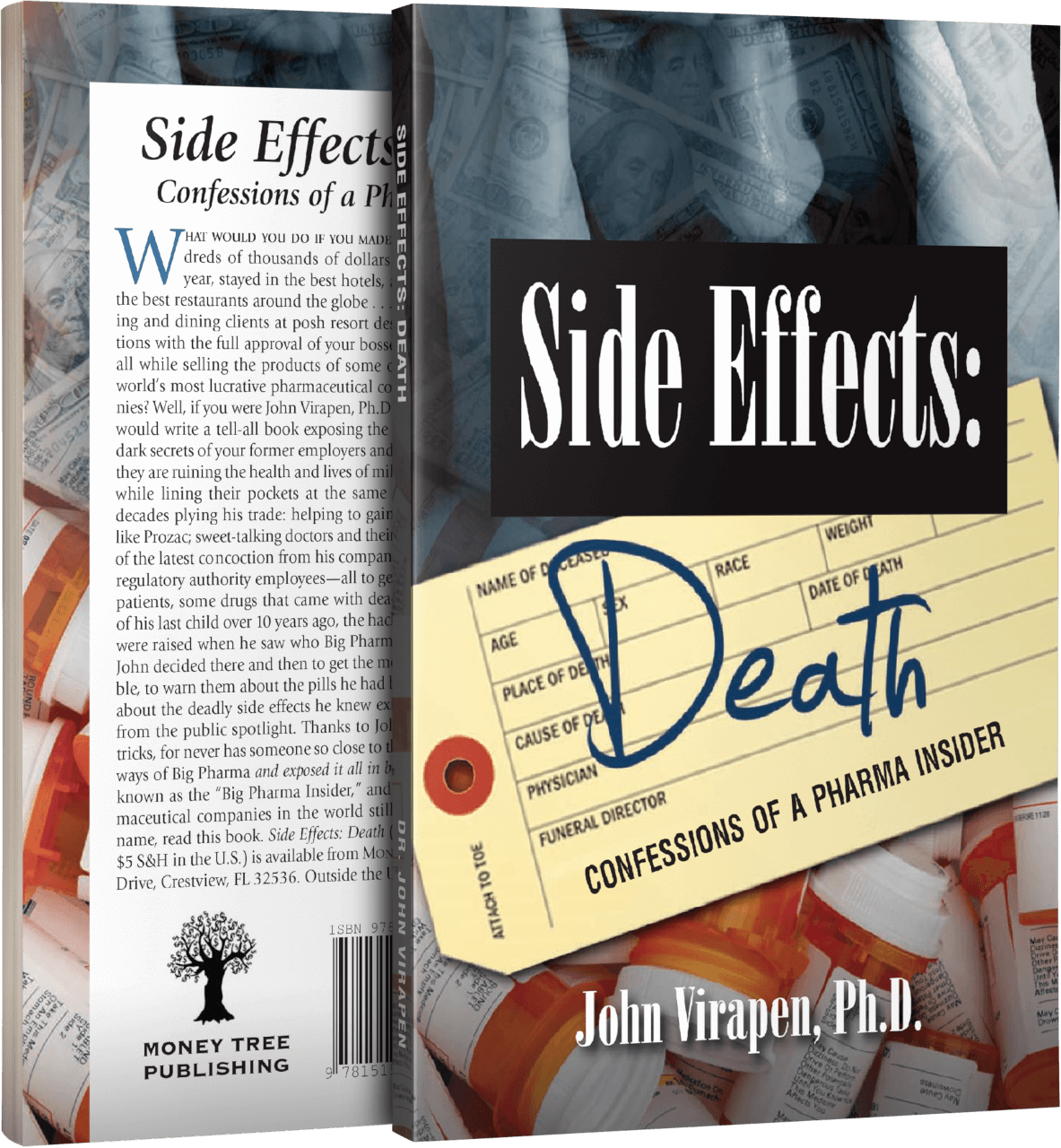 Confessions of a Pharma Insider

I ran into John Virapen’s work several years ago. He sent me his books and we eventually set up an interview to discuss the book you’re holding in your hands now—an extremely important book on the massive pharmaceutical industry and its questionable strategies. I told John the book read like a novel, where you grow attached to the protagonist, but coupled with the shocking revelations he brought forth, was much more than that; full-length feature film is what I was thinking.

John was born on February 4, 1943, and I was surprised to find out this was his first book, for his writing style was seasoned. We did the audio interview and he graciously agreed to tell the same tale he had been telling for years: Big Pharma is not simply satisfied with hooking adults with their drugs, but now they’re after our children, too.

A short time after that John asked if I would work as his agent for his books, as he felt that I would be able to introduce them to a larger audience. I politely declined several times, due mostly to time constraints, but John was persistent, as John was, and he won out. Maybe he knew his time was short on this Earth and he wanted his life’s work handed off to someone he trusted; I can’t say for sure.

We spent many hours on Skype going over every page of this book, for clarification and elaboration, and we had the last chapter left in early April 2015. We scheduled the next day to complete it and when he didn’t show up on Skype, I knew something was wrong; John was always online and he kept his appointments.

I eventually, with great effort, tracked him down at a local hospital in Sweden where he was drugged up terribly and could barely speak. Fortunately, some of the staff filled me in, and there was a release date, which was good. He got out of the hospital and was home for a while; I spoke with him a few more times and he gave me his usual pep talk about all we were going to do to expose the global pharmaceutical industry.

He was rushed back to the hospital a short time later. Unfortunately, he was not destined to return home.

On April 27, 2015, I tried him again on Skype through a text message and a call came in. I was relieved, but I still had that feeling in the pit of my stomach. It wasn’t John, but his son, Stanley, who gave me the bad news. The day before, John had succumbed to his near life-long battle with diabetes. Although I had expected to hear something like this, I was still floored.

Stanley and I spoke for a while about his dad and his dad’s wishes, and we decided to pick up where John Virapen left off, not letting his work die, but breathing new life into it, to warn future generations of the addictions that Big Pharma hopes to rack up.

For the fact is that, today, the biggest pharmaceutical companies in the world are not interested in curing disease, but convincing everyone—young and old alike—they are sick; sick from something (it doesn’t matter what) and that their expensive pills will solve whatever ailment they have, real or imagined. But the kicker is that many of the addictive pills they are pushing have long lists of side effects that are much worse than any disease itself. Big Pharma is even in the business of inventing diseases to create new markets for even more pills, as shown by John’s revelations on what is today called “Attention Deficit Disorder.”

Doing this without John isn’t easy, but it’s the least we could do for a man who gave us so much.